Since Aragami 2 announcement, we’ve been receiving quite a lot of questions from you, so we decided to shine a light on some of your doubts regarding the game with this post. Here we go!

Will Aragami 2 be released on Epic Games Store?

We intend to release Aragami 2 on Steam as our main PC platform. Other PC platforms will be announced in the future.

Will we be able to create multiple saves?

Will Aragami 2 have a map editor?

There are no plans to release a map editor at the moment.

What type of enemies will the player face in Aragami 2?

We cannot reveal much at this point, but we can confirm there are three different factions in the game, composed by different enemy units which behave and act differently. You will need to adapt your own play style and tactics to each faction’s strengths and weaknesses. 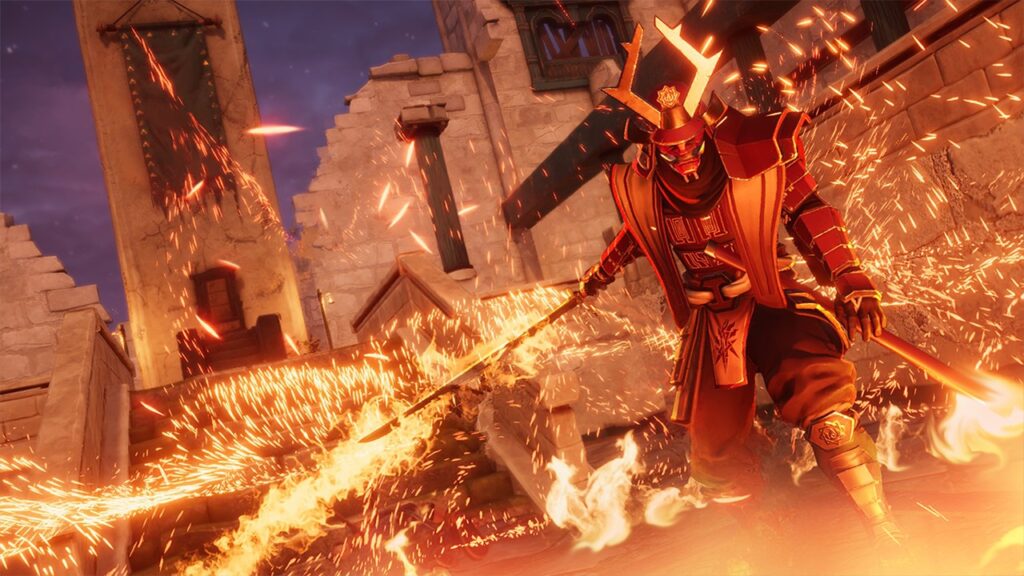 Will the skins have some kind of personalization?

In Aragami 2 you unlock and wear a wide variety of armor sets. Different armor sets can be combined and customized with different colours.

How smart is the AI?

There has been an important improvement in AI. Enemies can now chase you through the environment, climbing walls and jumping between rooftops, and can coordinate to look for you in an intelligent manner. The combat system is also a new addition to the series, changing how players approach each encounter.

Is there going to be a photo mode?

Aragami 2 will not have a photo mode at launch but we’d like to include it in future updates.

Which are the PC requirements for Aragami 2?

You can check the system requirements for Aragami 2 on the Steam page.

Will Aragami 2 have a physical edition?

Yes, it is on our plans to release a physical edition for Xbox One, Xbox Series, PlayStation 4 and PlayStation 5.

Will the old shadow techniques from Aragami be in Aragami 2 with new skills as well?

Most of the shadow techniques from Aragami are back in Aragami 2, becoming part of a wide array of unlockable abilities and Shadow Powers for you to use.

Is there going to be a PvP mode?

Aragami 2 is mainly a cooperative stealth experience and PvP is not in our plans at the moment.

Will Aragami 2 have the same type of skin unlocking due to progress in game?

You can create each item of an armor set by obtaining their blueprint. These blueprints can be achieved by mission rewards, completing special challenges or found hidden on each location.

How much larger is the dev team for the sequel compared to the first and how has it changed?

For the development of Aragami the team was around seven people, and by the end of the project there were 10 developers. For Aragami 2 we have doubled this number to 20 people.

Will Aragami 2 have a Switch version?

Aragami: Shadow Edition for Nintendo Switch had a great reception from players, so we would love to release Aragami 2 on Switch as well. Nevertheless, we cannot confirm an official release on Nintendo Switch at the moment.

What is the average length of time to complete the story this time around?

This is somehow difficult to answer, as each player has their own play style and rhythm, but we intend the game to have an average duration of around 30 hours of general gameplay.

In the announcement trailer, the Aragami didn’t have a cape, so how is the shadow essence meter going to be now?

The Shadow Essence from Aragami has evolved into a Stamina System that handles the general mobility and special actions of your shadow assassin. The requirements to trigger a Shadow Leap have also changed, now letting you teleport to any grabbable surface in the scenario.

Will you release a special or collector’s edition?

We can’t confirm just yet, but our plan is to have both Standard and Collector’s Edition as physical releases.

Are any DLC planned after launch?

We intend to release DLC on Aragami 2 after launch, but that will be announced at a later stage.

Aragami was a revived spirit in the first game. In which ways have the concept of “Aragami” changed for the sequel?

In Aragami, the main character was a summoned spirit made from shadows. In Aragami 2 you belong to a lineage of Shadow Assassins, capable of controlling Shadow Essence. Your kin has been affected by a magical affliction which affects both mind and body, turning you into a new being called an Aragami, a name that takes after the old legends of shadow spirits roaming these lands.

Will Aragami 2 have offline co-op or split-screen?

There are no plans to add offline multiplayer to Aragami 2 at the moment.

Will the story of Aragami play a minor or major role in Aragami 2?

The story of Aragami 2 takes place 100 years after the events in Aragami. Although there are references to the first game, this is a completely new story set in the world of Aragami.

How many different armor sets are there?

There are several different armor sets – we prefer to not reveal all of them! – and lots of colour combinations so the players can feel that they have a unique shadow assassin. 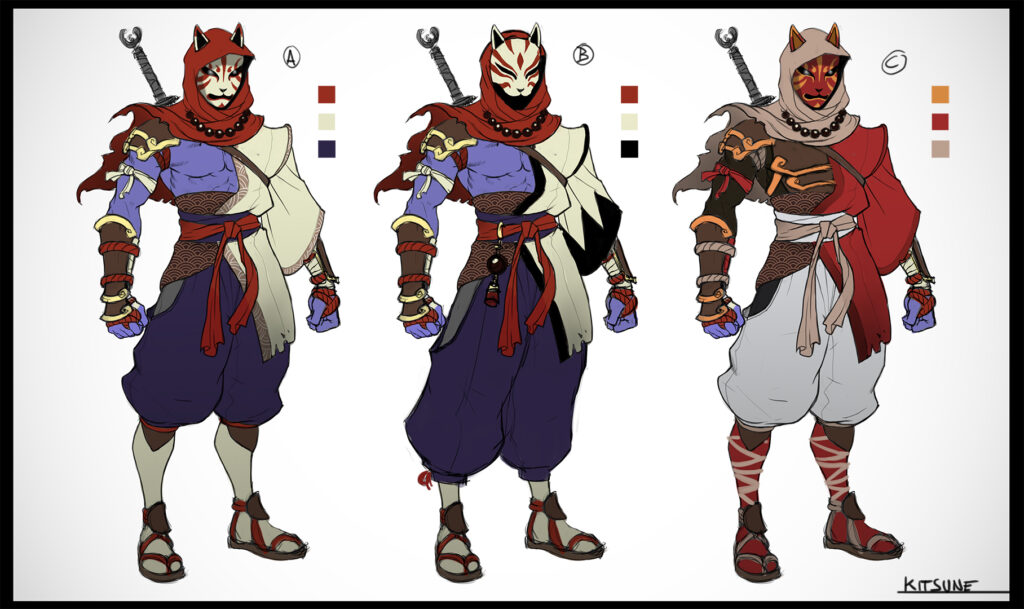 Are we once again facing off against Kaiho, or are we butting heads with a new faction?

In Aragami 2 we’re not facing Kaiho anymore. The main antagonist is a rival faction called Akatsuchi, the Empire of Fire, which aims to take control of the Rashomon Valley, homeland to the Aragami.

How will skill points be treated? Will they be scrolls again, or will it switch to a different system?

Each mission you complete grants you experience points, affected by your performance. As you obtain Experience, your Aragami will level up, granting you Ability Points to invest into unlocking the abilities and Shadow Powers.

Will there be enemies in the hub world?

The Hub Area is the Kakurega Village. Most of your interactions with other Aragami and characters in the story will take place here. This is a safe sanctuary with no enemies present.

How deep will the free-running system be?

What we wanted to achieve in Aragami 2 is that you feel like a true ninja, with the agility and freedom of movement this represents, which is something many players missed in the first game. In Aragami 2 you can jump, you can use dash and shadow leap while in the air, you have double-jump… In general terms, the gameplay feels much more agile and responsive.

How many weapon types are there?

There are no weapon types in the game, but you can choose between different skins for your sword and a variety of abilities and shadow powers that can also be used in combat. 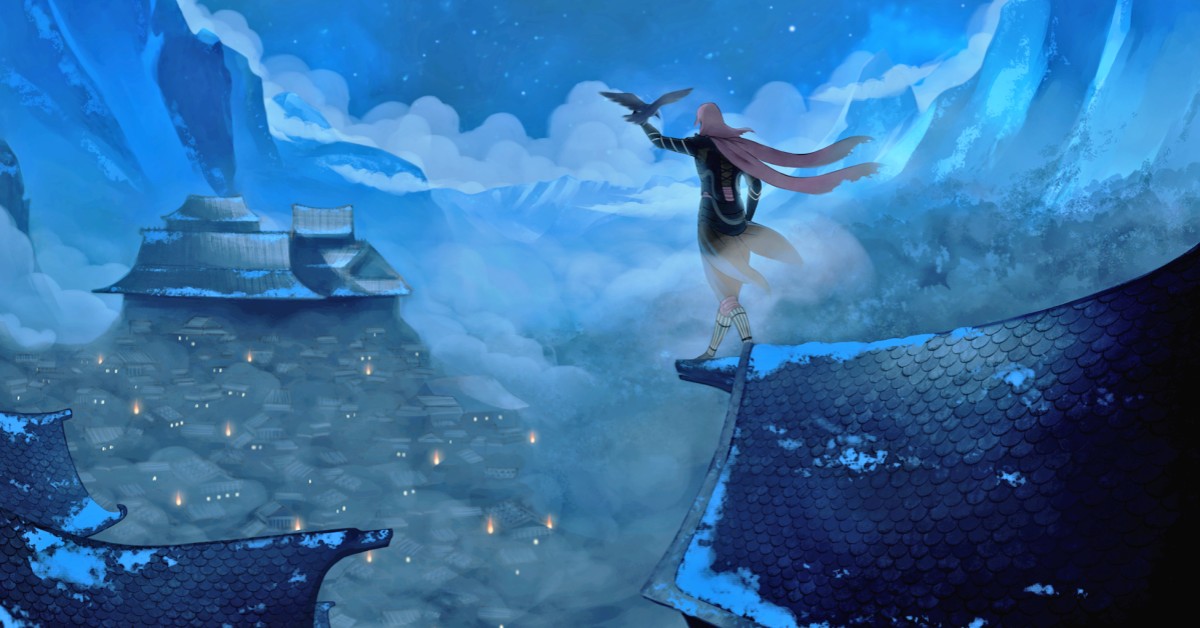